Thank You To Our Honorees 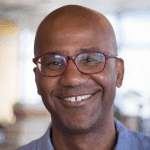 Kai Wright is an award-winning journalist whose body of work focuses on social, racial, and economic justice. He is the host and managing editor of WNYC’s The United States of Anxiety and has hosted other podcasts such as The Stakes, There Goes the Neighborhood, and Caught: The Lives of Juvenile Justice. He has served as an editor at The Nation and the editorial director of Colorlines. His writing has appeared in The New York Times, Mother Jones, and Salon, among other outlets, and his broadcast appearances include MSNBC and NPR. 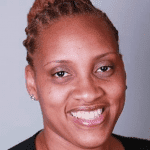 Saeeda Lesley Dunston is the Executive Director at Elmcor Youth & Adult Activities, Inc. She is a anti-racist organizer who has devoted her career to ensuring that communities, and most specifically communities and people of color, are provided with the tools to live productive, healthy and aspirational lives. She is recognized among her peers and human service providers throughout New York State for her comprehensive expertise in developing and implementing culturally-competent programs and services.

EXPONENTS is honored to recognize Cornelia Carlyle for her exemplary leadership as one of our peers.